If you have any questions about The Burgundy Bed and Breakfast, or your trip to New Orleans, let us know how we can help you by using the contact form, by emailing us directly (in English, French or Spanish), or calling us. 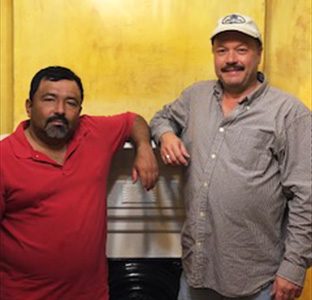 Since its founding in 2004 by Carl Smith, The Burgundy Bed and Breakfast has developed a stellar reputation as a friendly, comfortable and convenient “home base” for its guests. New hosts, Joe and Federico, will strive to ensure that these traditions of excellence continue under their management!

Joe is a native of nearby Mississippi. From an early age he developed a deep love for The Big Easy and its culture, traditions, cuisine, music and architecture. After graduating from the hospitality management program at University of Houston, he spent many years working for various companies in the hotel and restaurant industries. Around the turn of the century, he began a middle school teaching career…mixed with a house-flipping hobby on the side! After living and working in such diverse places as California, Texas, Washington, DC and France, he recently decided to settle down and return home to the Gulf Coast, where he could be close to family, and realize his dream of operating a bed and breakfast in one of the world’s most interesting cities!

Federico is originally from the state of Guerrero, in southern Mexico. When he’s not working at the inn, he enjoys cooking, gardening, and taking care of his pets on his small farm across the river in Algiers. He is also an amateur architect, sometimes constructing fascinating and enormous buildings out of the more than one million Legos he owns!